Five fliers launch together for another AULD sortie

The forecast for our Friday primer DLG event at the Tangerine looked pretty grim during the week with 15 mph winds and temps around the low 80’s. Friday actually turned out to be a pretty nice Autumn day though with brief spasms of wind at about 10 mph but mistly about 7 or 8. Just enough to really indicate lift pretty well and there was plenty of lift to be found. Unfortunately is wasn’t always found in the spots I thought it should be.

Many of our Buzzard DLG regulars were out of town for thanksgiving so it was an intrepid bunch of just 5 fliers who tossed gliders today. We did have a good spectator gallery though as competitors for the big event tomorrow and Sunday rolled in to check out the field.
With such a small number of pilots we decided that All Up Last Down was the easiest format for us to score and an quick pilots meeting was held by CD Raed where he announced we would fly 7 rounds of 3min max AULD to make it a contest. (That would be 21 flights or rounds) Scoring would be simplified where if the 3 minutes was obtained 5 points would be allotted. If you landed short of 3 minutes you would get between 1 and 5 points – from 1st down at 1 point to last down at 5 points.

It was a good quick way for us to score and flying was under way by 10:30am.
It was pretty clear during the early rounds that the two Miller brothers (both flying Light Hawks,) were going to be hard to beat with Jody taking the first round and then Nathan scoring 4 or 5 points for 6 straight rounds before he faltered with a 3. Meanwhile Jody was doing the same with a succession of 5’s and 4’s after an early 2. By flight 9 Nathan was in the lead by just one point over Jody. Ray Alonzo flying a beautiful Blaster 2 was in 3rd with myself and my Vixen 4th and Raed and his Falken in 5th. We had a short break to charge batteries and were straight back into it about 20 minutes later. 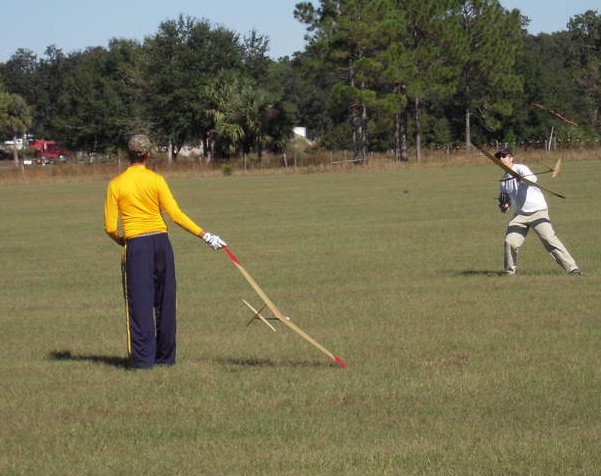 Nathan catches while Jody waits for the starting horn

The wind made sure that most thermal flights covered a fair bit of ground and sometimes the lift simply was not strong enough to allow us to stay with the thermal very far downwind as we weren’t gaining enough heigth to make it back. This saw a number of rounds with pilots just scraping home and making the 3 minutes with nothing to spare or in many cases landing short of the time.
Other rounds were punctuated with a sink cycle that took everybody down and the round was over in less than 90 seconds.
Though us oldies (Ray and I) were complaining about sore legs and backs we did manage to complete the 7 rounds of 3 flights and had a lot of fun.

The final score saw Nathan pull out a strong lead to finish in 1st with 93 points out of the potential 105.
Jody came in second with 78 points.
I picked up 3rd placed wood with a score of 68 – just pipping Ray with 62 and Raed filled 5th place with 47. 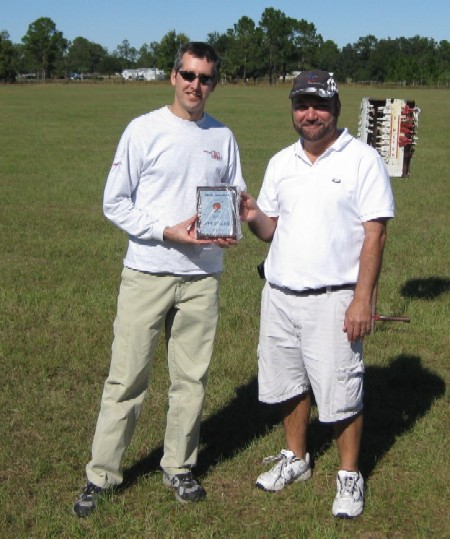 It turned out to be a really good day for DLG and it was a real pity we didn’t have more pilots out to enjoy it with us. After the trophies were handed out by Raed we enjoyed lunch. Thankyou once again Raed for being a great CD and cooking up some great burgers for lunch.
With a big weekend ahead we set up a winch for an afternoon of Unlimited and RES practice. About 12 pilots turned up to fly and plenty of practice was had. Thankyou Jamie Mercado for helping with the winch. Thankypou also to Al parsons and Rick Eckel for keeping the winch running during the afternoon.

My son Jamie came out to fly after a couple of months away. He was a bit rusty at the sticks but flew the trusty Icon well until he perched her in a tree.
Thankyou Leif for assisting us to retrieve her.