May 19th 1974 the Remote Control Association of Central Florida held a soaring contest in Winter Park just prior to the formation of the Orlando Buzzards Soaring Society. Dan Johns of the Pompano Hill Flyers flew in that contest and kept some of the information so we thank him for providing this well preserved information about that contest. You’ll notice in the list of contestants (of which there were 27) there were many pilots who later formed the Buzzards as well as Dan Johns. 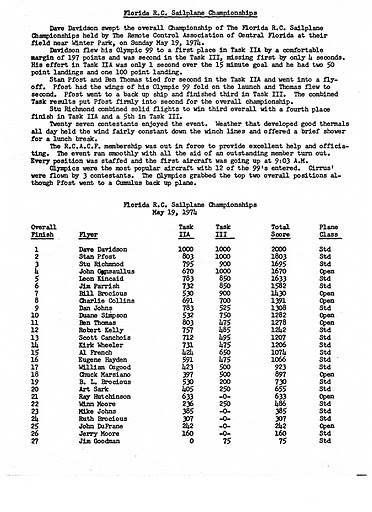 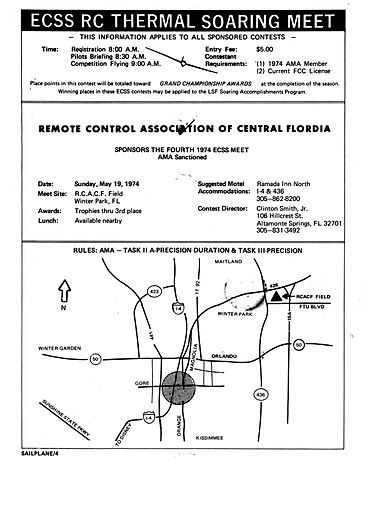